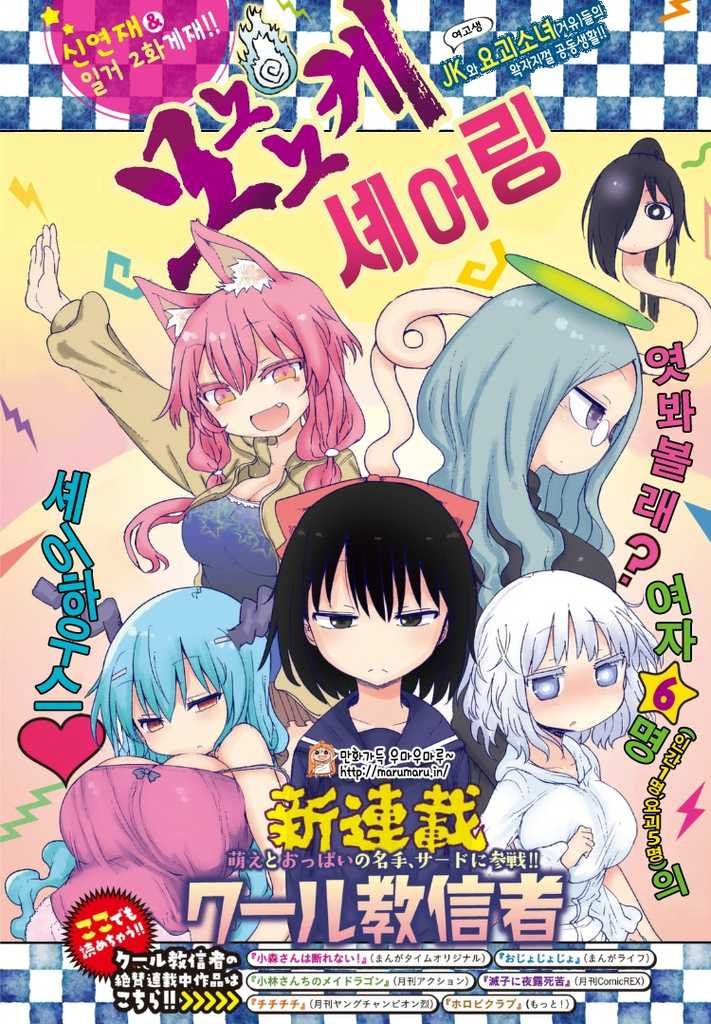 Mononoke Sharing is another from the Cool Kyoushinsha. Yes I read through a lot of his stuff the past few days.

The main character Yata is very much like Kobayashi from Dragon Maid but since he made it, that kind of happens sometimes. It’s about a high school girl who has to find a place to live but she doesn’t have a lot of money. So she moves in with 5 big breasted yokai (that’s how Cool described it so I am too).

The yokai are kind of lonely since humans don’t try to understand them and Yata is the first person who shows that she is willing to try, after initially turning them down. Each of them has their quirks and now she has to learn all about them so she can live with them and be able to have a place to stay.

So far this one is only at chapter 8 or so, not much to tell here. So far Yata is slowly learning about her new roommates and they’re trying to learn about her too. I like what he has so far but it’s only just started. Just a little warning, there is some crude humor in this one.