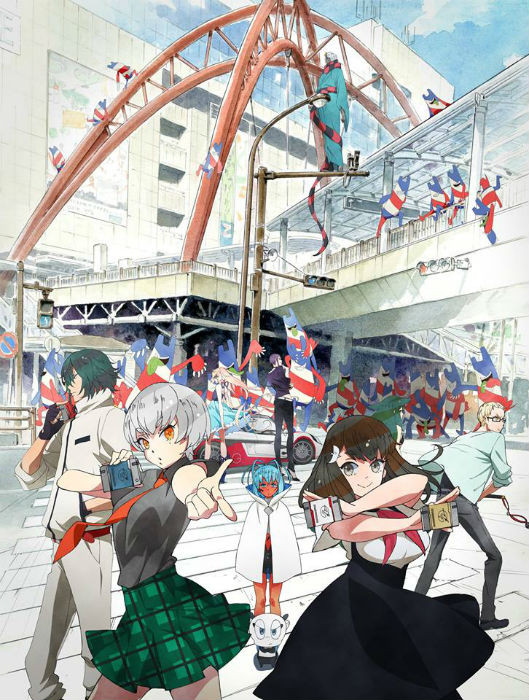 After the first season, peace had come back to Japan after all the political unrest and other issues that the Gatchamen had to take care of. Gatchaman Insights is no different on having political issues but this season is heavy into politics. They added 2 new characters who actually become the driving force and main focus of this season. Yes Hajime actually takes a bad seat in this season. Tsubasa actually becomes like a partner to Hajime so she isn’t completely out of the picture but she does have a much smaller role.

Gatchaman Crowds and Insight deals with systems that are internet based in a roundabout way. You have the ‘crowds’ which are like the way everyone follows things like sheep these days. Apple releases a new phone and the sheep buy it just because an Apple logo though the Samsung Mega is the iPhone 6 except 2 years earlier. You have Hajime who is the voice that doesn’t follow the crowd. Then there’s VAPE, the group that opposes the other crowd. You have trolls too which may or may not be helpful, usually they aren’t. Not sure I explained that the way I wanted to but hopefully you get the point.

Gatchaman Crowds Insight is as bright and colorful as the first series of Gatchaman Crowds but it lacks personality. The art and music are still the strong points except for random laziness on the art end. Or maybe those things were meant to look that way. Either way, the show is lacking with Hajime taking a backseat and her new “inner voice” sucks on top of that.

I didn’t expect much from Insight and it didn’t disappoint. It was blander than bland. This is the same issue that To LOVE Ru Darkness is going through. The main character is taking a backseat to other characters who don’t have the charisma to keep people watching. I’m not the biggest fan of Hajime but she is the reason you watch this show and she was almost a non factor. If you haven’t seen this yet, you can seriously just pass on it.