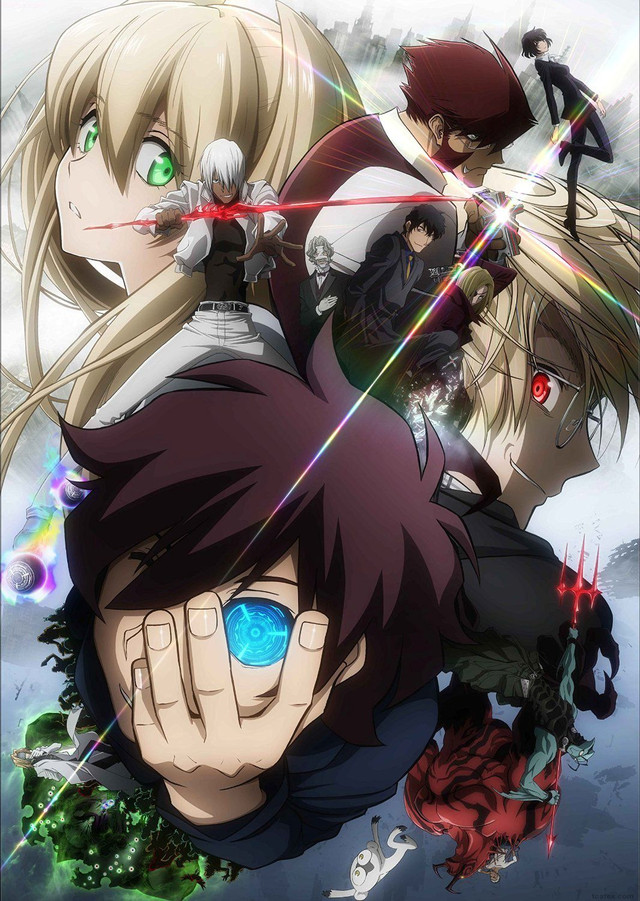 Blood Blockade Battlefront is centered around a crime fighting organization called Libra who fight all sorts of extraterrestrial creatures in Hellsalem’s Lot. Hellsalem’s Lot is the city that used to be known as New York City. A portal between Earth and the netherworld opened up over New York City one day which trapped New Yorkers and creatures from another world in an impenetrable bubble, leaving Hellsalem’s Lot as a mixture of magic, crime, zombies, vampires, other creatures, blood weapons and and humans, what more could you ask for. All the monsters and humans are trying to live normal everyday lives throughout the madness. With several groups trying to burst the bubble and unleash Hellsalem’s Lot on the world, it’s up to Libra to try to stop them.

The characters in the show are an eclectic mix though the main character Leonardo is a bit bland. Good thing he has a sidekick in the form of Zap who is played by Ian Sinclair (his name comes up a lot doesn’t it?). Ian Sinclair is just funny, no way around it and he’s in almost every dub, him and Monica Rial. But I guess when you’re good at what you do, you get a lot of roles. There are a few characters that I wish got more airtime like Chain, she’s a black haired tsundere who is the foil to Zap but you don’t see her much.

The show has pretty good artwork that is reminiscent of shows of this nature, end of the world, apocalypse, etc. They do use deformed style once in a while which seems to be a trend these days. I have nothing against it if it doesn’t take away from the show. The music for the show is ‘different’. Bump of Chicken and Hello World for the intro is okay. It’s not a bad song or anything but seems odd to me that it was the choice though it may fit. The show isn’t totally apocalyptic so it doesn’t need to be darker. The end song Sugar Song to Bitter Step is out of place for sure but a lot of shows do dance numbers at the end with characters that don’t fit a dance motif. Look at Death Parade as an example. Deadman Wonderland and Parasyte also use out of place songs and I wonder if it’s something like ‘we brought you down the whole show and now we’re picking you up with a light song.’ But for me it should remain a dark theme if the show is dark, etc. The show has a loose plotline and is almost episodic like Cowboy Bebop or Space Dandy but with an overarching mission.

The 3 month delay in the finale really didn’t sit right with many people and they probably didn’t even come back to the show. I just sat through the first 11 episodes again because I couldn’t get the feel for the finale. I started watching but it felt disjointed without the lead in. This was a poor job by the production company on the scheduling. God Eater and To LOVE Ru Darkness 2nd are going through the same issue but it was only a month delay for To LOVE Ru. At least I got to watch it again. I really did like this show but that delay… Had to watch it subbed since the dub is still not available for whatever reason and I started with the dub so it’s kind of awkward once you get used to the dialogue style. The show did get a proper send off though even if it did take 3 months.
[yasr_overall_rating]